Remember back in elementary school, where you made paper snowflakes by folding a square piece of paper into a small triangle and then cut notches into it? One thing that always bothered me is that you end up with a square snowflake, whereas real snowflakes are hexagonal. Recently, when I was doing craft projects with my daughter, I wondered if I could come up with a way to make hexagonal snowflakes. 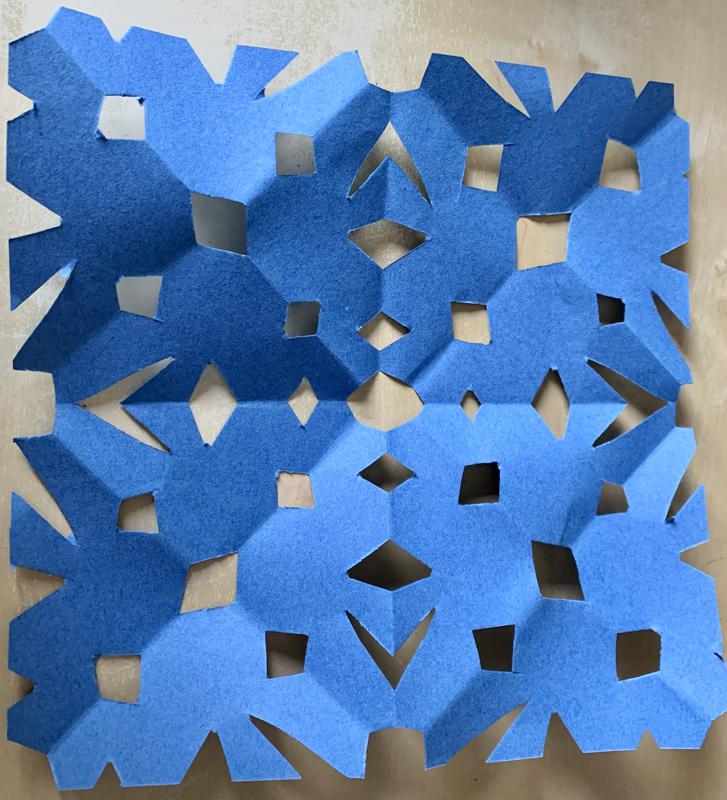 After some trial and error, here’s what I came up with. (I suspect that this construction is already known, e.g., by people who have studied origami.)

First, fold a piece of paper in half lengthwise.

Next, fold the paper in half lengthwise, again.

Unfold the paper. The paper should now be divided into four equal strips lengthwise. Fold the paper in half widthwise.

Next, fold the paper in half again, along the first crease you made. Orient the resulting twice-folded paper so that the folded edges are on the top and right, and the paper’s original edge are on the bottom and left.

Now, fold over the top left corner, so that the resulting crease starts at the top-right corner, and so the corner of the resulting fold touches the middle crease. 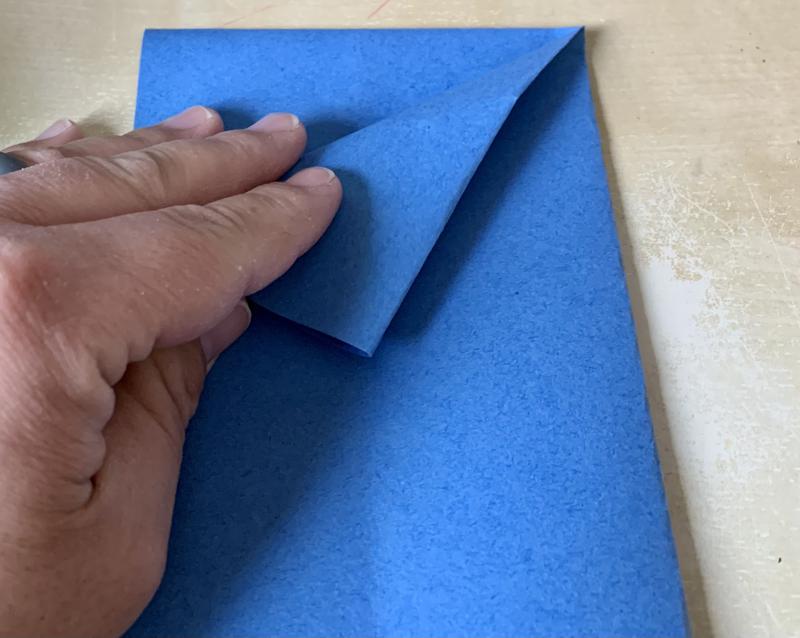 The corner of the fold should touch the crease.

Flip the paper around and repeat the same move. Then unfold once, so that you have a half-sheet with two corners down, as in the diagram. Note that it’s important that the two creases meet in the middle. 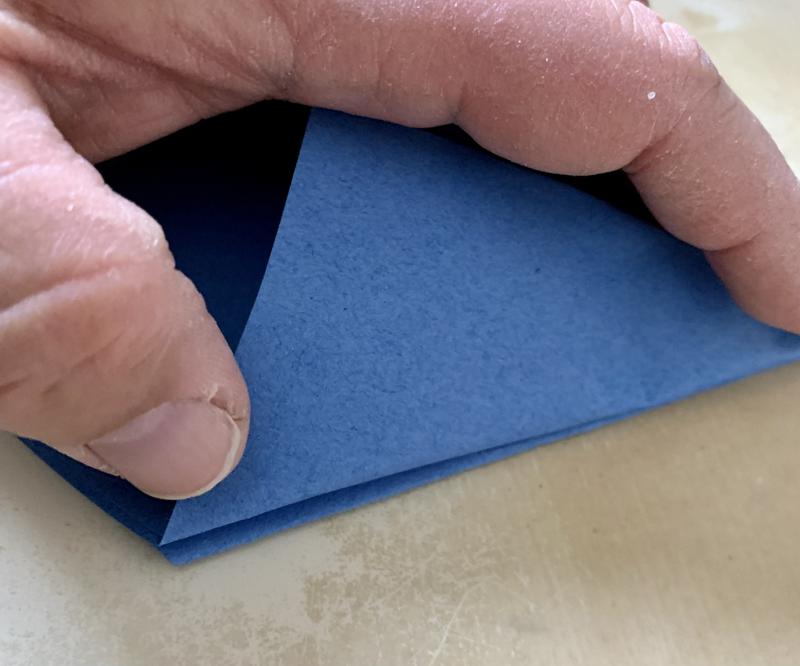 When you fold the second flap, its top should line up with the top of the first flap. 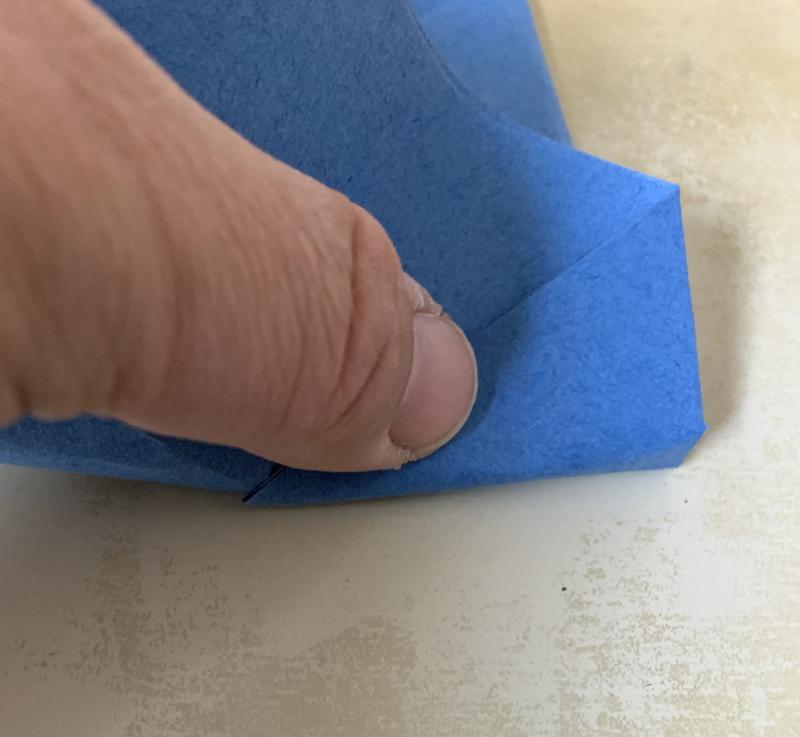 The fold should go through the corner of the flap. 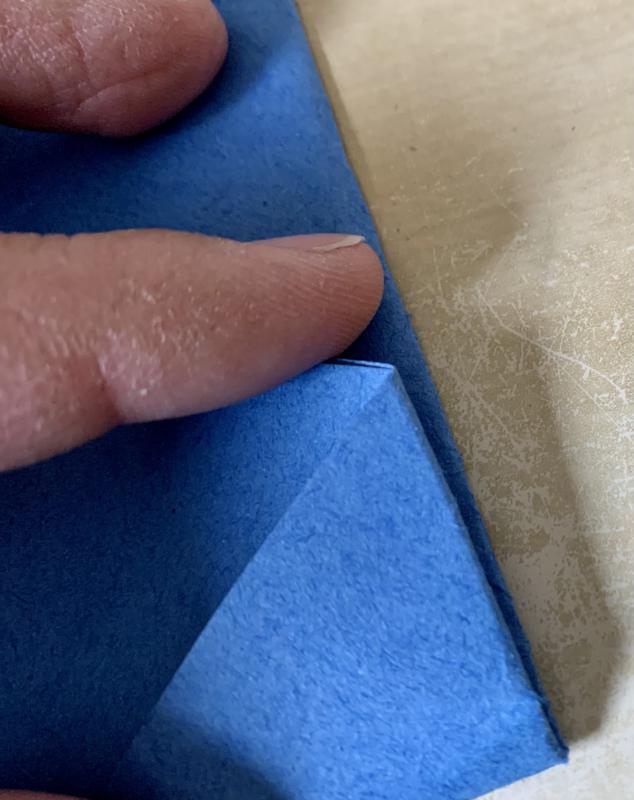 The top edges of the two sides of the fold should line up.

Now, make a crease between the two bottom corners of the flaps (parallel to the bottom edge of the paper and perpendicular to the middle crease). Then cut along that crease. 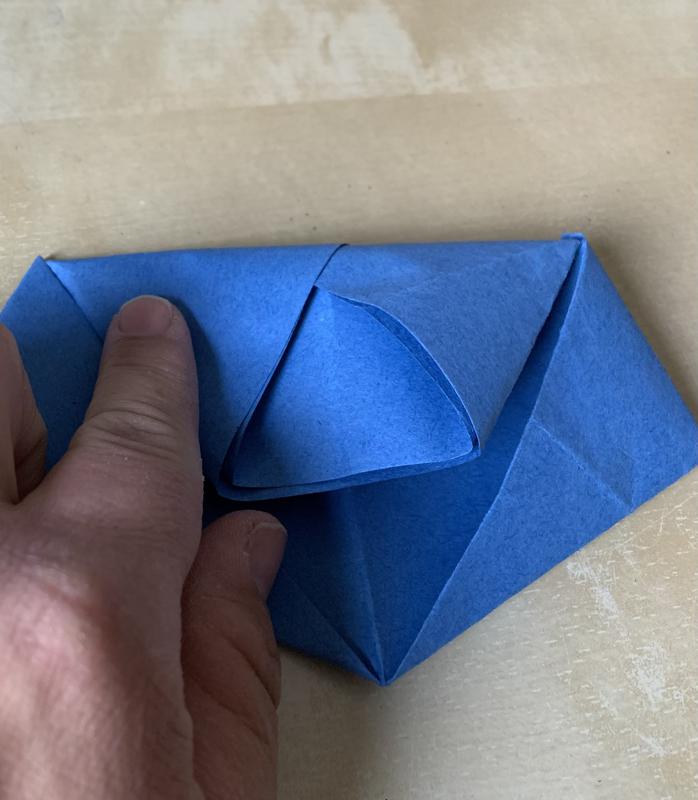 When you make this crease, the part you fold down will fit snugly.
Next cut along the creases formed by folding the two flaps back.

Unfold the two flaps. At this point, you should have the bottom half of a hexagon. (If you unfolded completely, you would have a regular hexagon.) Fold the resulting shape into an equilateral triangle, by making new folds from each bottom corner to the top of the middle crease. 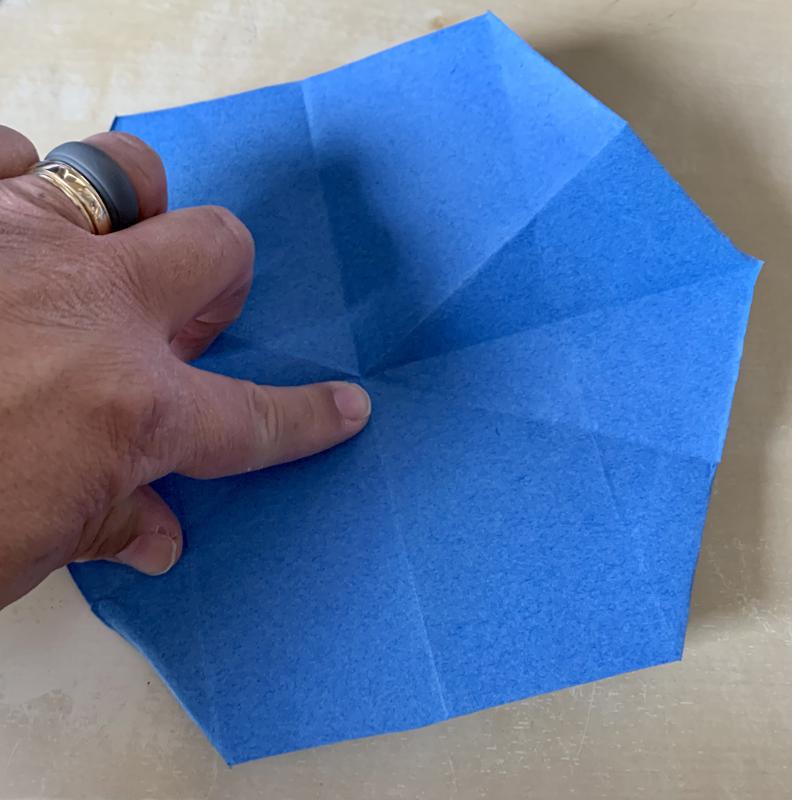 You don't need to unfold the entire paper at this point, but if you do, it will be a regular hexagon—or at least a close approximation.

Fold the resulting triangle in half along the middle crease to make a right triangle. Cut out notches from the sides and corners as desired.

Unfold and you will have a hexagonal snowflake! 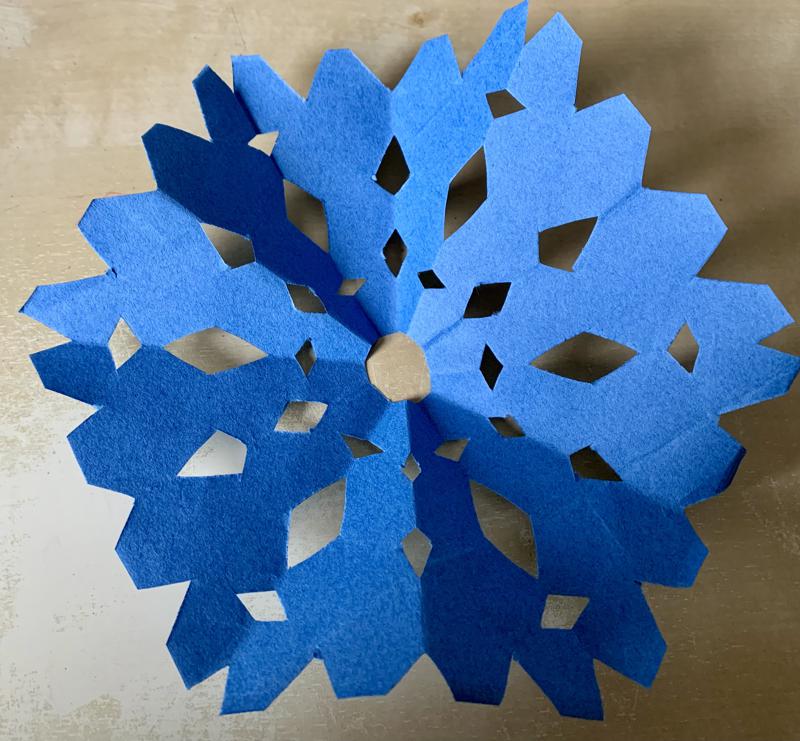 I'm sure some chemist will come along shortly and point out how my snowflake is still unrealistic. 🤣
About Chris Phan
Mathematician, functor user, erstwhile academic, and amatuer political activist, living in Winona, Minnesota. Pronouns: he/him/his