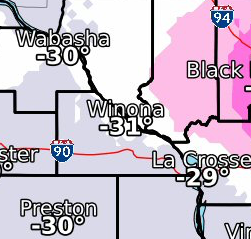 In Palaces for the People: How Social Infrastructure Can Help Fight Inequality, Polarization, and the Decline of Civic Life, sociologist Eric Klinenberg discusses the role of social infrastructure in maintaining the health of a community and its people. Klinenberg argues that well-designed social infrastructure can help reduce crime, improve people’s lives, bring different people into contact with one-another, and even protect lives during natural disasters. He examines a variety of social infrastructures, including libraries, public housing courtyards, schools, barbershops, bookstores, and community gardens. For example, he explains that when abandoned inner-city lots are turned into community gardens, crime is reduced, which also decreases the stress felt by residents. He explains how having common meeting spaces also decrease political polarization.

I first learned about this book from an episode of the podcast 99% Invisible. That episode serves as a good executive summary of the book, and I would recommend it also.

This book made me more grateful for the social infrastructure present in Winona, Minnesota, the charming college town on the Mississippi River where I make my home. Occasionally, while reading Klinenberg’s examples of the benefits of robust social infrastructure in various communities, I would find comparable examples in my own community.

As I read this story, I thought about something that happened in my town during the brutal cold snap we experienced in late January, when nighttime temperatures in Winona plunged as low as -31°F (-35°C), and even daytime temperatures were dangerous. To keep Winona’s homeless population safe at night, there is a volunteer-run warming center in a church basement during the winter months, open every evening between 9 p.m. and 7 a.m. During the cold snap, the director of our public library decided to keep the library open late, until the warming center opened, so that homeless people wouldn’t have to wait outside in the dangerous cold. Local businesses donated food, and the city’s fire department gave rides from the library to the warming center at 9 p.m. The library and warming center are a vital part of my town’s social infrastructure that kept people safe.

Klinenberg also explains how physical infrastructure can be designed in a such way to double as social infrastructure. For example, he talks about how the physical measures to control flooding (which will become increasingly important with climate change) can be designed to function as community spaces. In my town, the levee that protects us from the Mississippi’s floods also functions as a park. Indeed, Levee Park was recently redesigned to create an even more inviting space for gatherings, such as the farmer’s market where my family buys fresh produce in the summer.

Finally, understanding the importance of social infrastructure reaffirms the importance of state and local government. Our political attention is often focused on national politics, especially presidential elections. Of course, presidential elections are very important, and people should pay attention to them, but state and local government are very important, too, and often do not get enough attention. (This is not helped by the recent business difficulties of many communities’ local media, who traditionally took on the responsibility of informing citizens about their local government.) Decisions by your state legislature and local government have a large impact on the quality of social infrastructure in your community. They are the ones deciding how much funding should go to parks and libraries, and those decisions have a large impact on the health of communities.

(Image above: Low temperatures on the evening of January 31, 2019, as reported by the National Weather Service)