Back in May, I posted a LaTeX document using TikZ to implement the Commodore 64 BASIC program:

The amusement factor (for me) is due to LaTeX’s ability to generate pseudorandom numbers, which may be surprising to some, especially those who think of LaTeX documents as static (deterministic) documents and not computer programs.

PostScript can also generate pseudorandom numbers, and hence I present “10 PRINT” in PostScript: 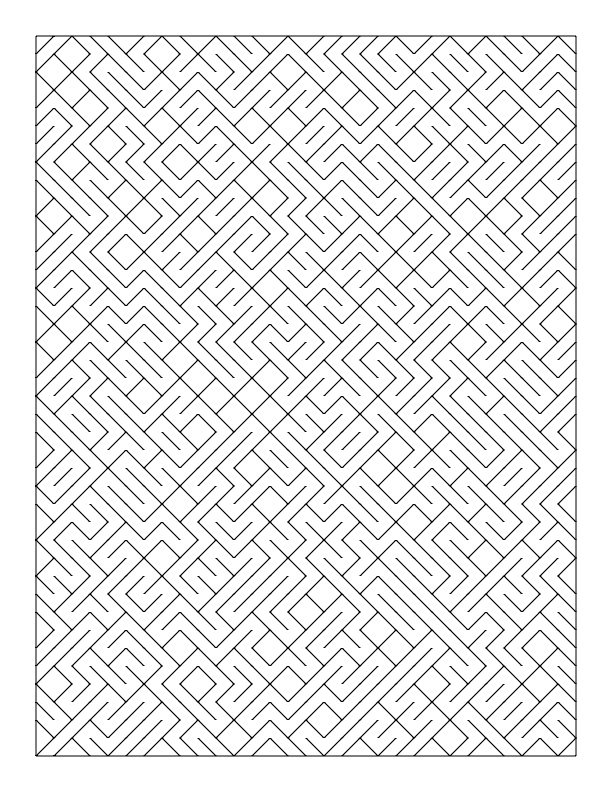